Video reference is a useful aid in creating animation and often animators have to shoot their own reference to suit their needs. Your homework assignment is to shoot video reference of an object, such as a ball or a water bottle, being thrown into the air and falling back down. Here is an example of what your video might look like:

You have to be the person in the video throwing the object so you'll probably need a friend to operate the camera. Be sure to keep the camera level and steady; it's best if you can use a tripod but that's optional.

Throw the object into the air to a height of roughly between four to six feet. If you throw it too low then you won't have enough frames to work with; if you throw it too high then you'll have too much motion blur to see it clearly.

Throw the object into the air at least five times; you can record one long clip or several short clips. You don't have to catch the object.

Note that many digital cameras have a movie mode; if you use a camera then do not hold the camera in the vertical orientation because then your movie will come out sideways. Some cell phones and tablets have video cameras but the quality will probably not be good enough to use for this assignment. You may also check out digital camcorders from the Instructional Resource Center on campus.

After shooting your video reference pick the best throw and find the frame at which the object is at the apex of it's motion, as shown below, 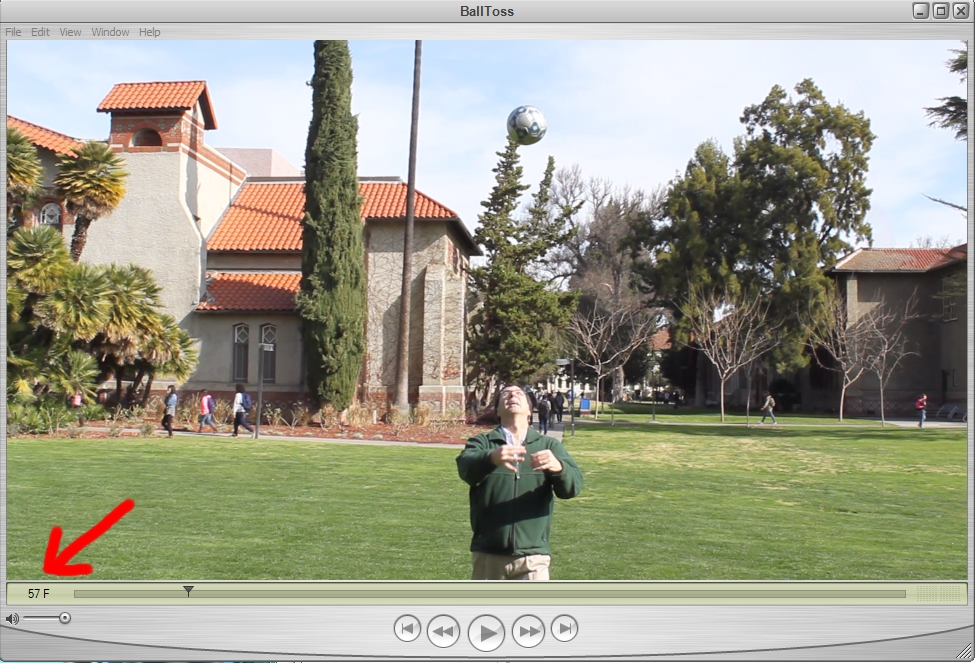 In the example above the apex was on frame 57. Step forward, frame by frame, until you find the last frame before you catch the object or you lose sight of it. In my video it's on frame 67. Now find the frame that's half-way in between these two; for me that would be frame 62.

Note: If you don't have a program that allows you to see the frame number then just call the apex "frame 1" and manually step frame-by-frame to count frames. In most programs that's done using the arrow keys. 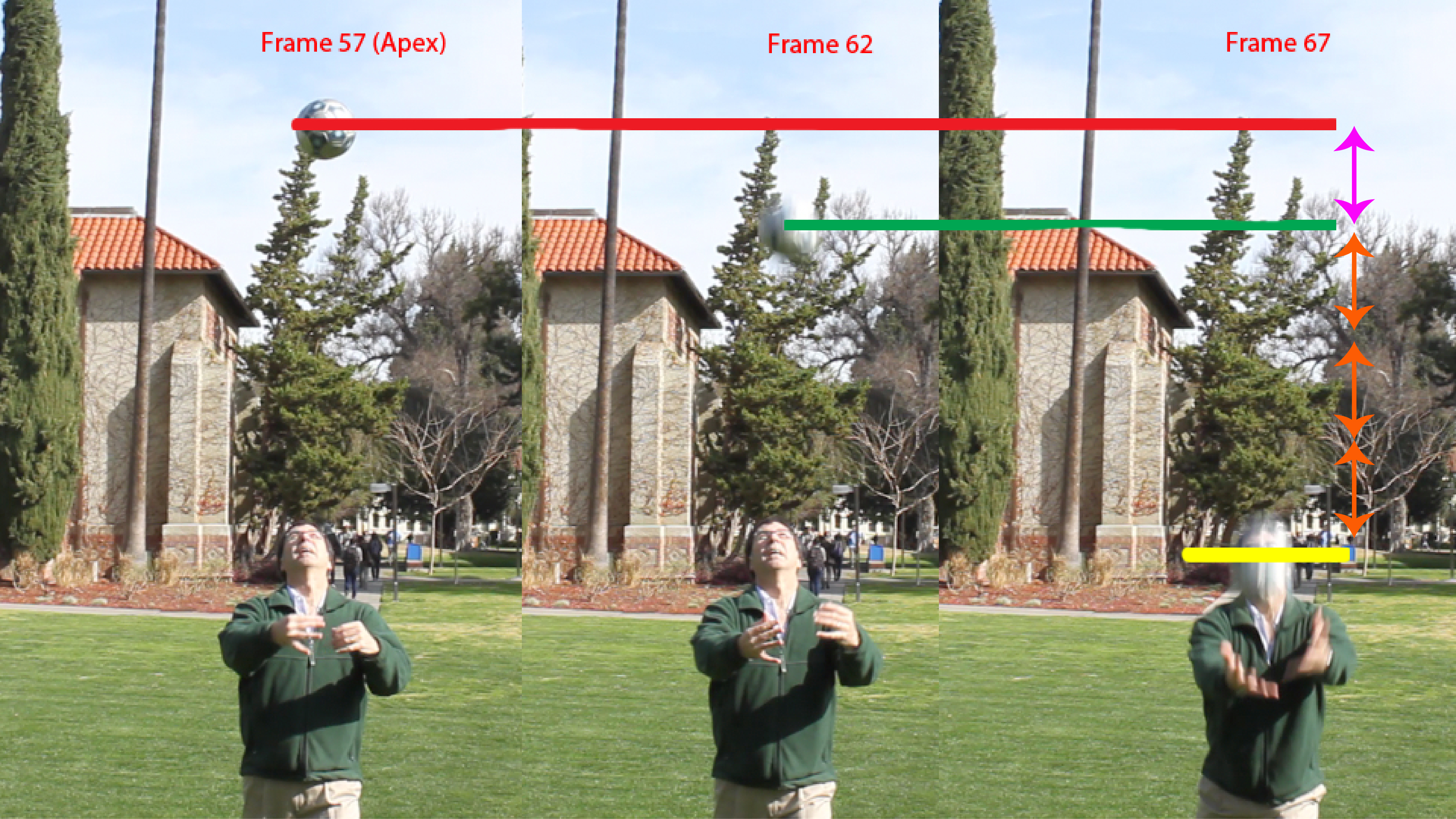 If you're good with computer graphics tools then you can make this image digitally; if you prefer you can print the three frames, use scissors and markers, then scan your final image following the example above.

Create a post on your course blog entitled "Shooting Video Reference" and upload your clip(s) into that post. Also upload the image showing the three frames (apex, middle, bottom) with the object's heights marked and the "Fourth Down at Half-time" distances indicated. Note that if you have trouble uploading your video directly into your blog you may upload it to YouTube instead and just put the link in your blog.

Here are some good examples from previous semesters:

Finally, submit the URL address for your blog post into the Canvas system (this website) to complete the assignment.

* In the video your object is thrown upward to a height of between 4-6 feet.

* You are the person in the video throwing the object into the air.

* Throw the object at least 5 times, either all in one clip or in multiple clips

* Using the best throw, find three frames that show the object at it's apex, it's lowest point, and the frame in between those two

* Create an image similar to the example above demonstrating the "Fourth Down at Half-time" rule.

* Submit the URL address of your blog post using the Canvas system (this website) to complete the assignment.

Have a question? Go here.

Find Rubric
Keep in mind that 68 students have already been assessed using this rubric. Changing it will affect their evaluations.
Video Reference Assignment
You've already rated students with this rubric. Any major changes could affect their assessment results.
Additional Comments: